Australia’s universities are playing leading roles in responding to Indonesia’s FMD outbreak – delivering support to our neighbours and helping stop the spread.

Here’s what some of our member universities are doing to help.

Professor Vasso Apostolopoulos is a leading researcher in immunology, vaccines and drug development, and contributes significant expertise to Australia’s response to health challenges – including COVID-19 and more recently to FMD.

Given her expertise, she will be starting work into developing a vaccination for FMD and will also undertake computational chemistry studies to develop effective drug treatments for the disease.

The University of Sydney

Professor Emeritus Peter Windsor, expert in livestock health at The University of Sydney, has been a prominent leader in this area for a considerable period of time – often contributing to the national conversation and Australia’s research effort. After conducting training of veterinarians in Indonesia in the early 1990’s on disease investigation, Professor Windsor has had an FMD watching brief on Southeast Asia, spending 19months living in the Philippines in 1998-99 assisting in the successful eradication of FMD in that country.

He has since worked mostly in Lao PDR and Cambodia, conducting applied research on FMD control including vaccination and biosecurity strategies and is also currently reviewing the South-East Asia and China FMD campaign (SEACFMD) for the World Organisation for Animal Health (WOAH, formerly OIE).

Some of the notable work led by Professor Windsor includes:

Charles Sturt University recently opened a Biosecurity Training Centre (BTC) with the Federal Government which will train their staff to prevent and manage outbreaks like FMD. The centre recently launched a new research project headed by Professor Jade Forwood which will focus on reducing the disastrous impact of zoonotic diseases including Japanese encephalitis, African swine fever and akabane virus on Australia’s agriculture industry.

This research will continue for three years with the aim of making us better prepared for future virus outbreaks.

CQUniversity researchers have identified a potential sensor system that can help detect early signs of diseases in livestock. This new technology will give us a real opportunity to enable faster detection and response time to key emergency diseases such as FMD. 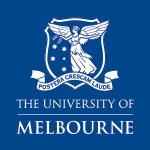 The University of Melbourne

The University of Melbourne’s Centre of Excellence for Biosecurity Risk Analysis (CEBRA) is heavily involved in the response to the FMD crisis.

The university is also contributing to the public understanding of the crisis through outreach such as:

An academic from James Cook University is working with natural gas companies and livestock producers in Southern/Central Queensland, to build stronger biosecurity defences against FMD.

Some of the work being undertaken includes: 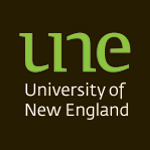 The university of new england

The University of New England is playing an important role in providing expert commentary on biosecurity to ensure accurate information is available and accessible to the public through outreach such as:

Edith Cowan University is a significant contributor to research efforts that endeavour to bring understanding, prevention and response to FMD. Ongoing contributions are being made to the national conversation through the publication of research findings in addition to engagement with local and national media, including the Australian Science Media Centre. Notably, biosecurity expert Deborah Evans has been a prominent voice in the media since the outbreak, with her expertise reaching over 7 million.

Separately, ECU is leading research to develop a framework towards biodefence of Australian agriculture, in alignment with the international biodefence strategy. Research findings indicate the existing biosecurity framework in Australia lacks preventative security measures to mitigate threats of a malicious or deliberate nature. This research may assist the collective response to the Indonesian FMD outbreak by supporting national biosecurity policy in the adoption of preventative security measures at the farming level.

Experts from the University of South Australia are available to speak about a range of related issues concerning mental health in rural communities and the environment.

The university of queensland

Professor Michael McGowan from the University of Queensland managed The Royal Veterinary College’s response to FMD in the 2001 outbreak in the UK. The College diagnosed the third case of disease and went on to organise a large-scale surveillance program in sheep flocks across southern England and Wales. Since returning to Australia, Professor McGowan has advocated for veterinary schools to play a role in responding to exotic disease outbreak.

The University of Queensland is among consortium partners for the APCOVE project, established to strengthen field veterinary epidemiology capacity in the Asia Pacific region. The consortium helps to train ‘animal disease detectives’ to detect, prevent and control animal disease outbreaks that may impact animal and human health, and farmer livelihoods. Associate Professor Joerg Henning has developed several training modules for APCOVE, including a case study on an FMD outbreak investigation. Indonesia is an implementing partner in this project.